Adding a contrasting band to the bottom of a shalwar is a simple way to add detail without too much extra work. It can also help if you've made a mistake in the cutting and your shalwar is to short, or if your fabric is just a bit on the short side.

Step 1-Cut your leg as normal(for this tutorial I am using a simple shalwar as the example rather than a belt shalwar), but instead of adding three inches to the length, add only two.  Also cut two stripes of fabric, two inches wide, and the same length as the paincha(foot opening) of your shalwar. Step 2- You will need two pieces of buckram(interfacing), one for each leg. They should be the same length as your contrast fabric stripes, and one inch wide. Place the interfacing in the middle of the fabric strip on the wrong side and fold over a half inch from each side towards the center. 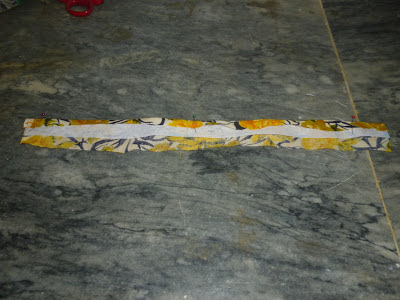 Step 3- Unfold one of the edges of your contrast strip and line it up against the bottom of your foot opening, so that it is centered and the raw edges match. The right side of the contrast strip should face the wrong side of the shalwar.  Sew one line along the edge of the buckram and the opened fold line. 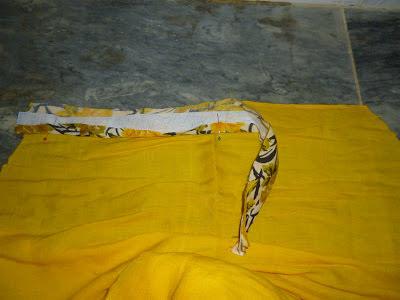 Step 4- Fold the contrast strip to the right side of the shalwar. You may want to pin it in place to keep the buckram from shifting around. 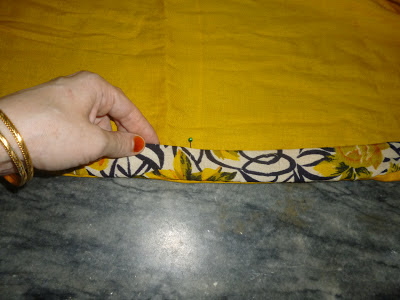 Step 5-Sew at least two lines, one at the top of the contrast fabric and one at the bottom, though I usually make more, at least five or six lines, around an eighth of an in apart. 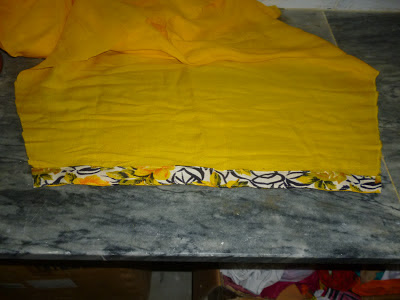 Step 6- Complete the rest of your shalwar as normal. 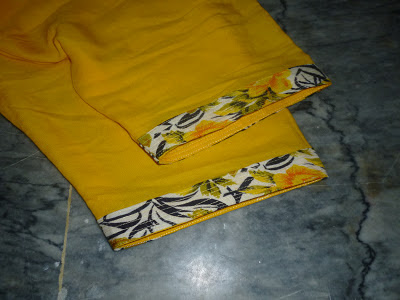 This was really nice and helpful.. i have done this with some of my shalwar and trousers :)
xo

Mashaa Allah, it is so nice to see a new post from you. I was missing your tutorials so much. You are a very good teacher, may Allah give you ajar for this, ameen. Was missing you, take care, so nice to hear from you again.

Love these tutorials you do on sewing shalwar kameez. I hope to one day make a suit, and also crochet embellishments for it.

This would also GREATLY help in matching up the shalwar and kameez on laundry day! The contrast could also be sewn into the inside cuff.