Here is the second part of the tutorial for simple trousers.Part one can be found here.

Step 1-Making sure your elastic is not twisted, over lap the ends slightly and sew 2-3 lines up and down to secure it. 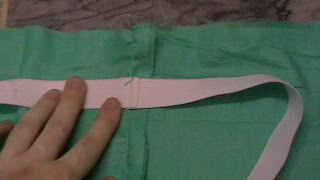 Step 2-Place the overlapped part of the elastic on the front crotch seam,one and a half inches down from the top edge. Pin in place. 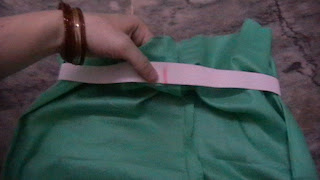 Step 3-Line up the remaining marks, the half mark on the elastic at the back crotch seam and the one and three quarter marks at the halfway point of each leg. Pin each mark. 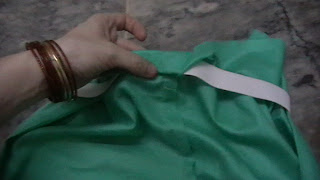 Step 4-Fold the top edge down to cover the elastic, and fold the remaining half inch of cloth under the elastic so that it is totally encased. At each of the four pins, take the pin out and carefully fold the casing under, then re-pin. 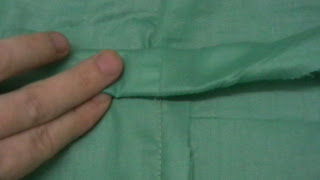 Step 5-Starting at the center front seam, put your machine needle down into the cloth through the elastic at the very edge of the fold, and put down the presser foot. 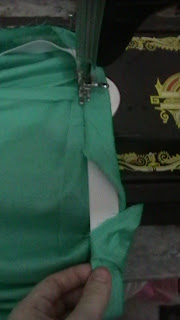 Step 6- Grasp the next pin/mark(you may want to add extra pins at the half way points between the four main pins, it may make this part easier for you), and stretch the elastic out until the main fabric is not bunched up anymore. 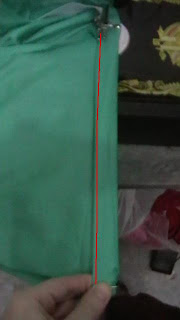 Step 7-Sew a line of stitches along the edge of the fold, making sure you are sewing through the elastic as well. When you get to the next pin, make sure your needle is down, grasp the next pin and stretch the fabric. Continue sewing in the same way from pin to pin, until you get back to your starting point. 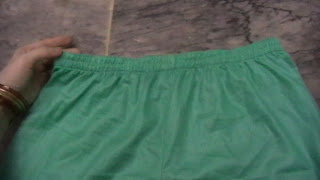 Step 8- After completing the first line of stitches, sew another line(in the same way as the first line, start at the first mark grasp the next, stretch and sew) half an inch further up towards the top of the trousers, and another line at the very top along the edge(total three lines of sewing). 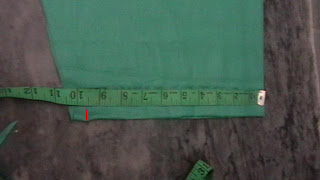 Step 9-Turn you trousers inside out, at the bottom of each foot opening, measure out from the fold your desired width(I prefer wider legs, 10 inches from the fold, total circumference 20 inches), and mark. 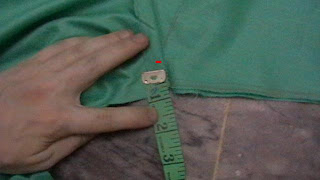 Step 10-At the crotch seam, measure up half an inch and mark. 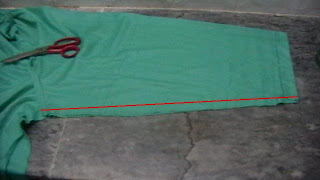 Step 11-Mark a line from each foot opening up to the mark at the crotch seam. Starting at one opening, sew up to the crotch, and down the other side. You may wish to sew back along the same line for added strength. 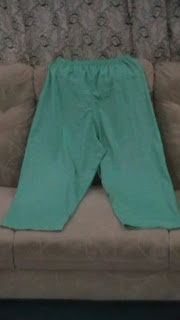 Your trousers are finished, turn right side out and press.
Posted by Aishah at 11:30 AM

Wow! they look comfy. This really makes me wish I could sew. (Believe it or not a sewing class in middle school was the only class I flunked.)