Asalam Alaikum,
This month we decided to go very early for our border run so we would have plenty of time to do fun things. It didn't work out as planned because the exit stamp was not correct and the Omani border guys told me I had to go all the way back and get another then come back.

By the time we had finished all that, it was getting late so we drove to Hatta, to try and find the Rock Pools. We didn't actually find them but we did see two other interesting things, first "Hill Park"- 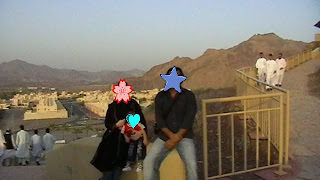 This place was pretty cool, it is as its name suggests a park on a hill. It sits in the middle of this valley surrounded by mountains. At the top of the park they built a watchtower, and when you go up the view is amazing. Its like a watercolor painting where the mountains form different layers. 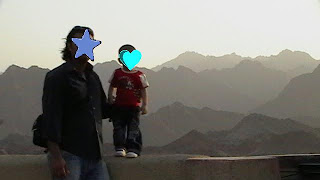 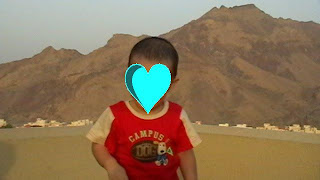 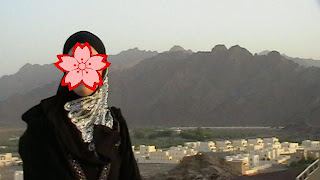 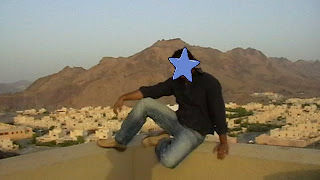 After we finished taking picture in the park, we went to see the Hatta Dam. It was getting late so most of the pictures didn't turn out well, everything was a bit blurry. This is the view from the top- 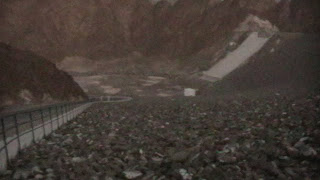 I was more than a little tired when we got to the top. We had to park the car at the bottom of the slope because it had made some weird noises on the way to the dam and we were concerned. I really like this one of the moon rising over the top of the dam. 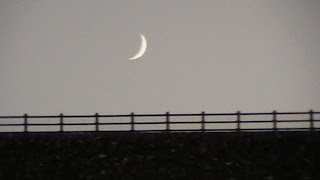 And over the mountains 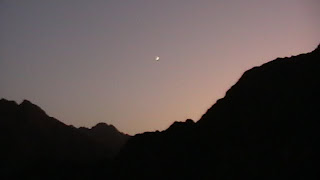 After the dam we went back to hill park and had a little Tikka BBQ. If you are ever in Hatta I really recommend this park, it has play equipment for the kids at the base and nice views, plus the little patios they had set up for grilling were cool too.
Posted by Aishah at 4:47 AM