I love the little things in life that just seem to pull it all together. Sometimes it is just something small, like I am thinking of something, a particular fruit or snack food that I want and Tariq will bring it when I haven't said anything yet. Mostly it is just small things that make me smile, but sometimes it is bigger.

Remember this from soooo long ago? A crochet rectangle made by my MIL. not really having a purpose and left behind when she left after visiting the states. Who knew she would have a DIL that crocheted, that Tariq's cousin's wife would hold onto this seemingly purposeless piece for so long, and that it would end up with me for finishing? 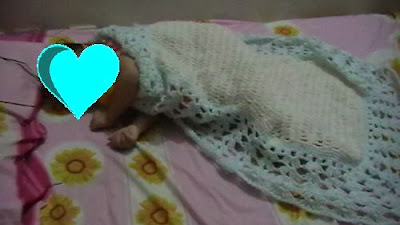 I did finally finish it(Oct. 2009 according to my Ravelry projects notebooks, so useful!) but couldn't find a post of it on the blog(Odd). So Saad used it for a while and it has been packed up and was waiting for the next little person. When Saif was born in November 2014 out it came.

Another similar thing has happened. Last year while cleaning out the storage room during SIL#3's wedding prep, SIL#2 found a partially completed sweater. the front and half of the back had been done, so they asked me to complete it. It sat around in my WIP pile for some time, while I worked on other more urgent projects. 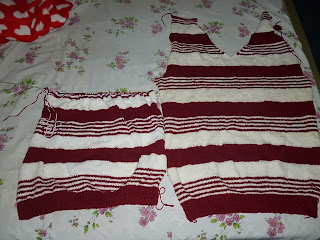 Almost exactly the way Ammi had left it, I picked it up and knit from mid-way thru the last wide stripe of white.

Getting a rush of energy to finish up a bunch of WIPs and get everything in order(well, slightly less chaotic would be nice ;-)  I took this one out and just got it done. When I had almost finished, I looked at it and thought, "Hmmm, this is kind of big, it wouldn't fit FIL or BIL, I wonder who it was for?" Then I had that ah, if it was a snake it would have bit me moments, my husband is much larger than his father and brother (taller and wider in the shoulders). I thought well that must be who it was for then. So from curiosity I got out a sweater that I had knitted for Tariq while we were still in the States. EXACTLY THE SAME SIZE! Chest measurement, length, armhole, neck. Everything matched. Bit of a color difference, mine was done in maroon and black and hers in maroon and white. 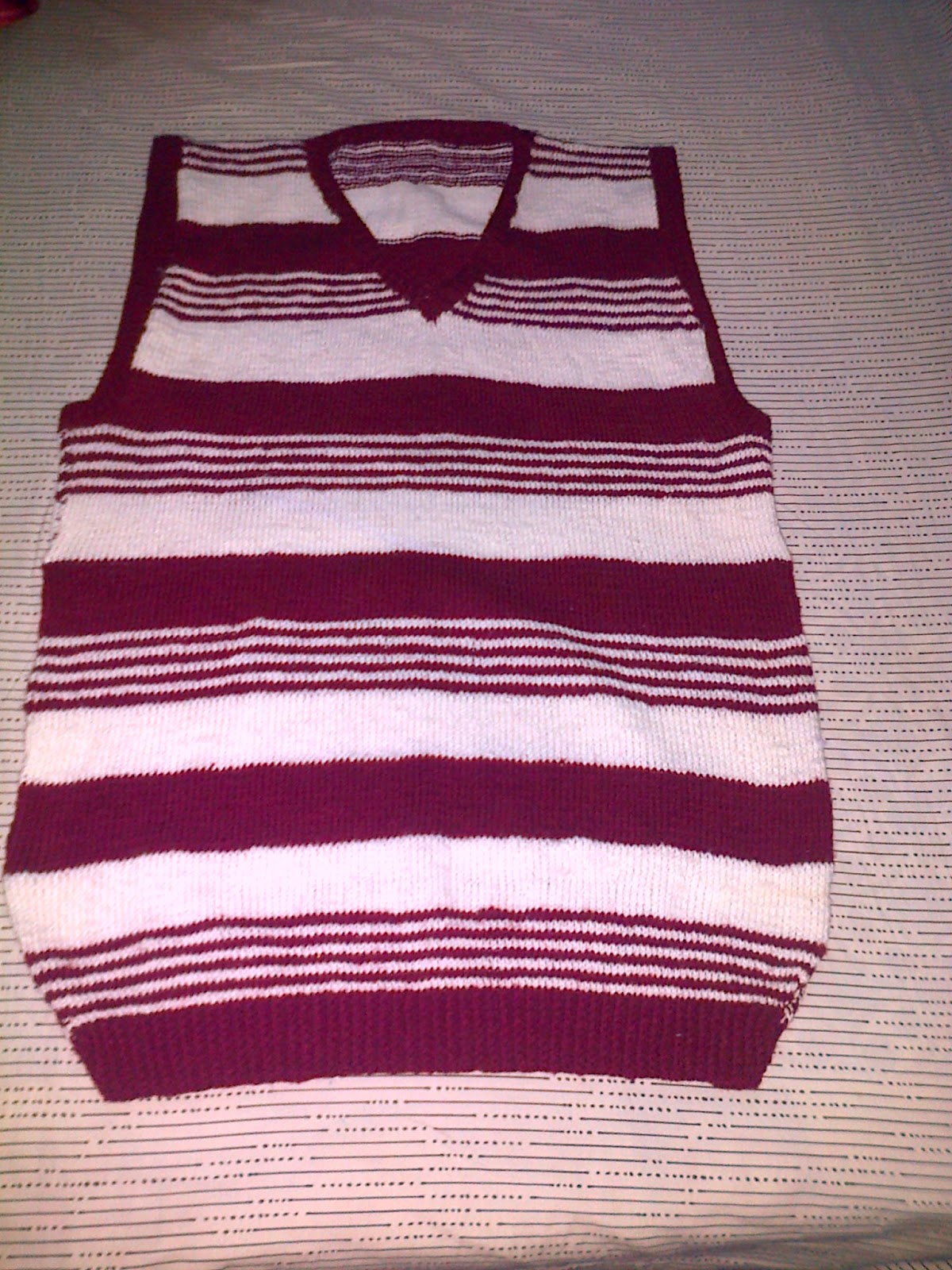 It is just so interesting that we both knitted a sweater that was the same size, while living on opposite sides of the world, for the same person, (though I don't know when she started it). It is like a little thread of connection that we have. 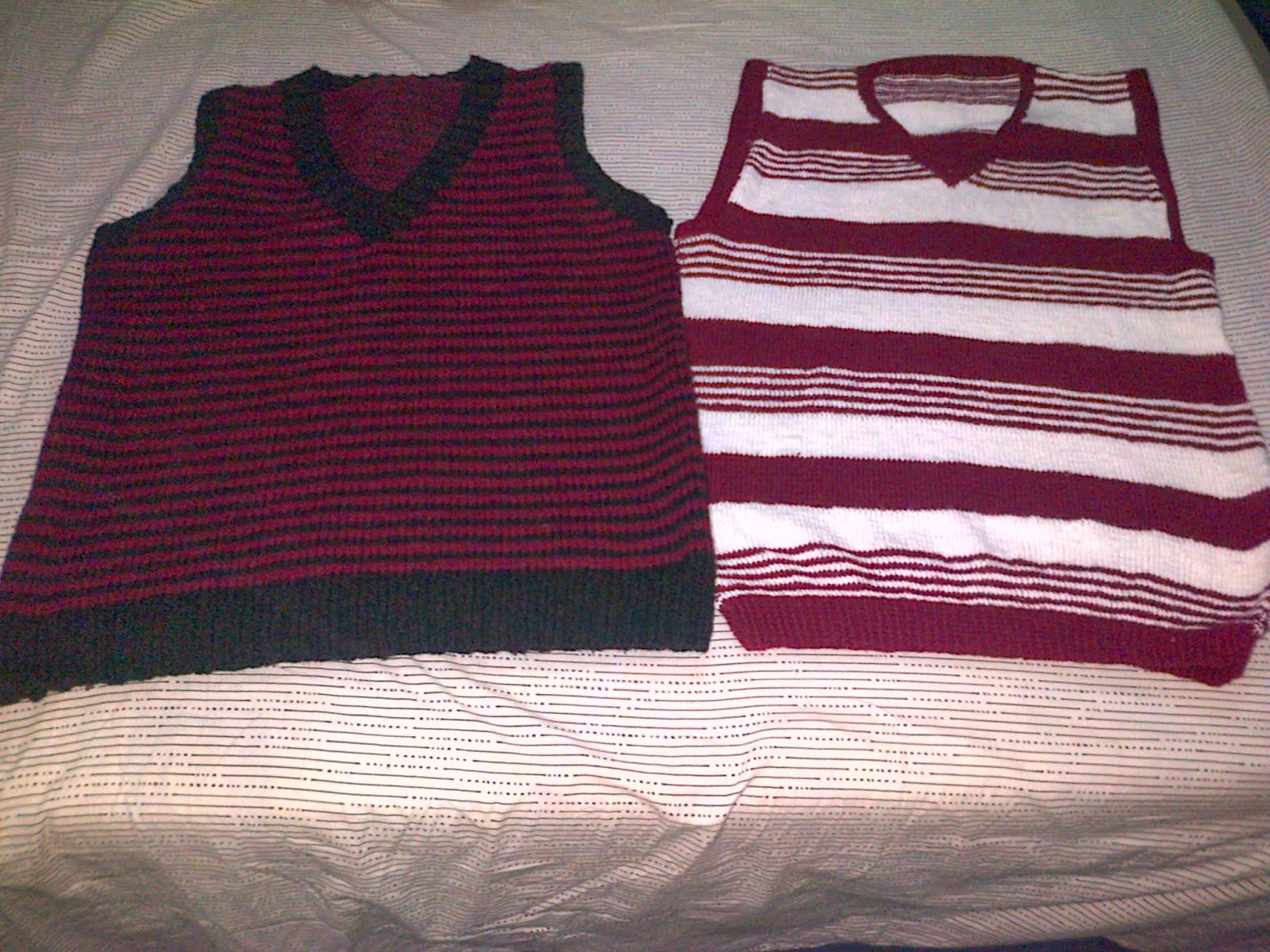 I really like to think that MIL and I( and maybe MIL and my Mom) would have gotten along very well. She seems, from what I have been told to be similar to my own mother. Crafty, loving, big heart. It is sometimes unnerving that people here that knew MIL, family, friends, neighbors, all tell me how many similarities we have. I really do regret that we never got to meet in this life.
Posted by Aishah at 10:57 AM